Technomatesoftware RSS feed -//- No data from this feed available at this time, check feed url or website feed please! 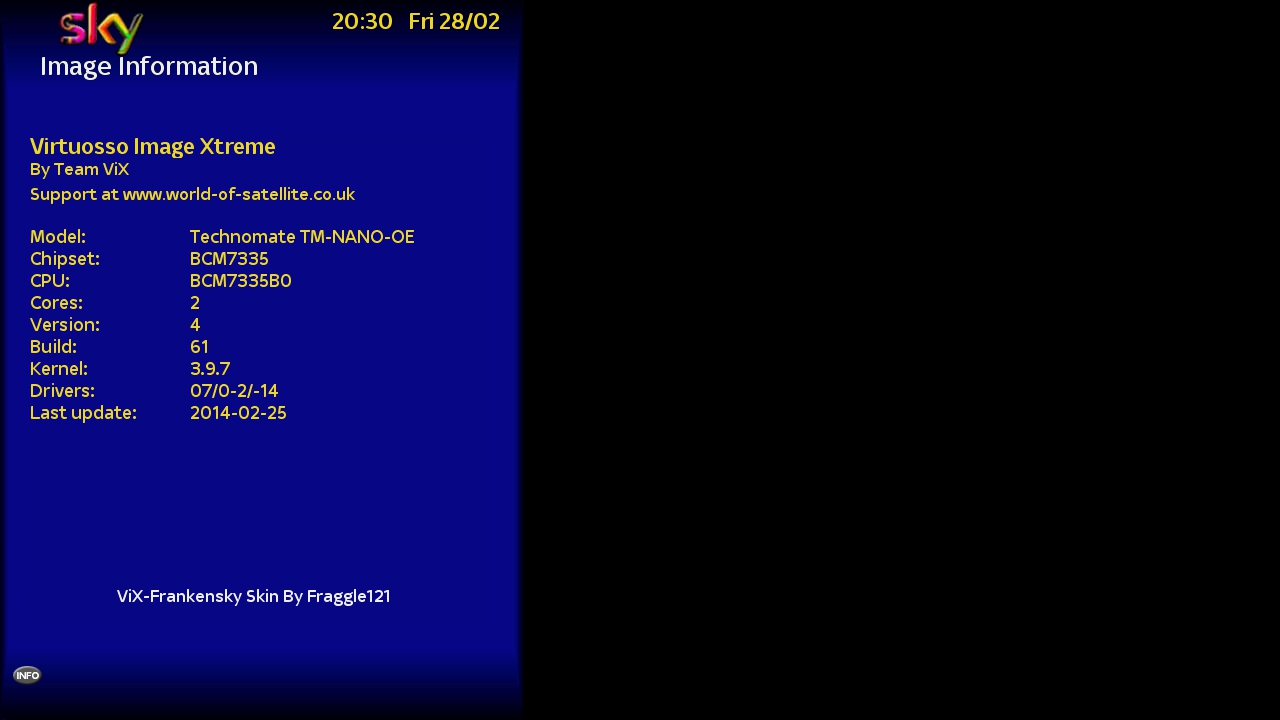 Heres the about screen from the latest unreleased openvix4 image, running on the TM-nano, so contrary to what some may be saying about killing your receiver by using it, its all scare tactics and should be taken with a pinch of salt. We found these with some very clever search terms, so they ARE online, probably for other makes of receiver supported by ViX as well. Apart from a new bootscreen, we havent yet found anything amazingly new, but, ViX have said that the main difference with ViX 4 is the way in which the images are built, not with the actual image itself.

The openvix4 images are out there, and untill there is an ‘official’ release, then they will be classed as beta, therefor ‘unsupported’ and some people will also say that using them will blow your receiver up and invalidate your cars insurance policy, but, neither of these claims are worth the paper that they are not written on 😉